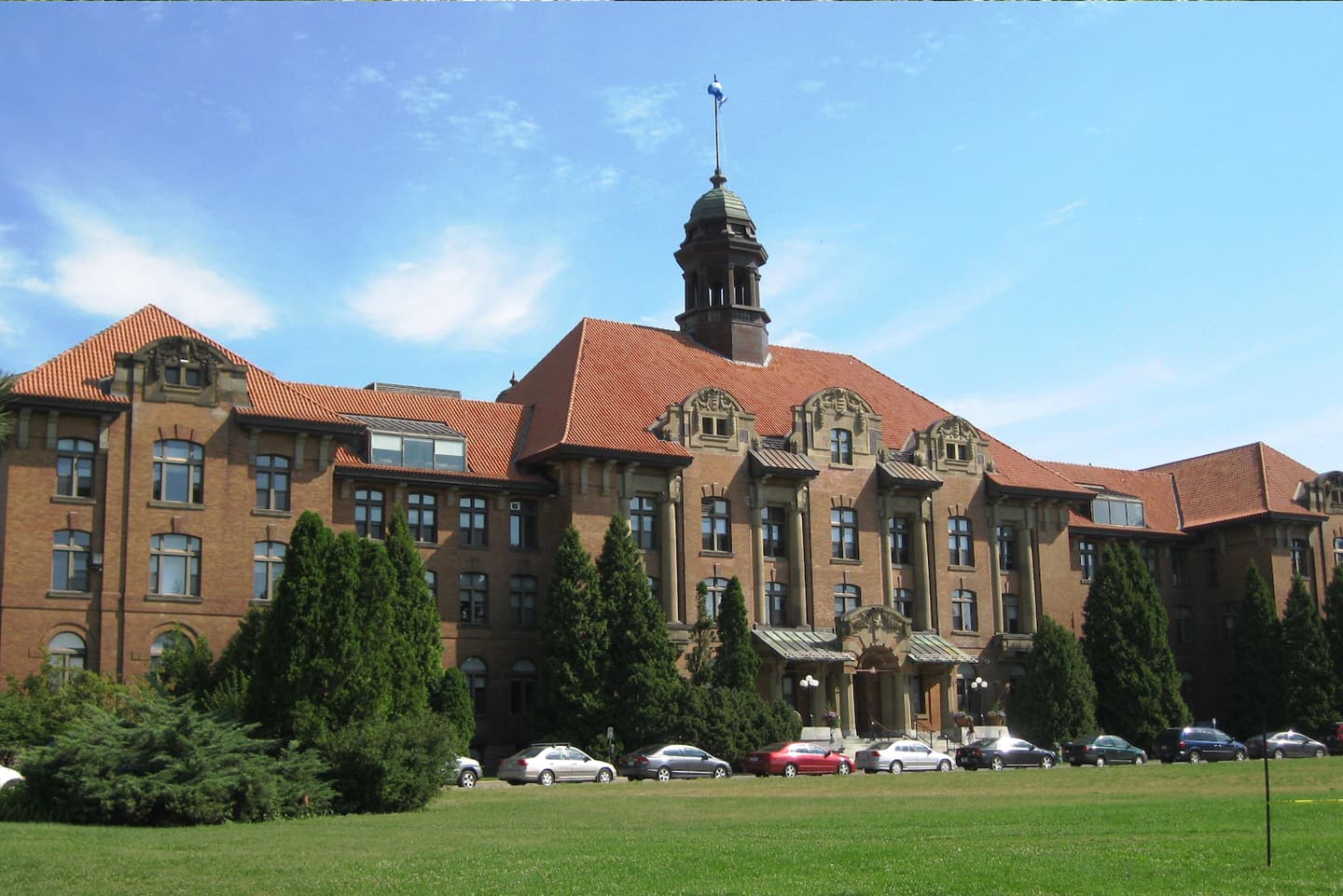 John Abbott is a college (CEGEP in Quebec) located near the western tip of Montreal, Quebec, Canada. The college is also focused on academic learning in the English language, and is adjoined with McGill University’s Macdonald Campus. John Abbott was established in 1971 in Sainte-Anne-de-Bellevue, Quebec, and currently has a study body of over 7000 students and a faculty body of over 700 administrative staff. In terms of its logistical dimensions, the college consists of avant-garde battements from the 20th century, erected on 1,600 acres (650 hectares) of land. The college is also located on the shores of Lake Saint-Louis. Moreover, its motto is, “Lakeside view, global vision”, and its current Dean is Erich Schmedt, while its present Director General is John Halpin.

John Abbott was accredited in 1970, and opened its doors to students in 1971.The college is also named after former Montreal mayor and prime minister Sir John Abbott, who was the proprietor of a rural estate based in Senneville. Moreover, he is best known for his integral role in the notorious Pacific Scandal; which led to the end of the Sir John A McDonald run government in 1873.

In addition, in 1973 John Abbott College made the decision to merge the facility located in Sainte-Anne-de-Bellevue with a newly constructed building-known as the Casgrain Centre- as well as renovate existing collegial facilities. In December of 1979 the Kirkland Campus closed its doors, while renovations and construction work of the Casgrain Centre were finalized in 1981. Moreover, John Abbott was the last college in the Province of Quebec to rent out its campus; which came to an end in 2002. However, while John Abbott bought its respective buildings from McGill University, the University operates and owns the majority of the land on the campus.

Interestingly, John Abbott College is considered an important landmark in the West Island community in Montreal. In addition, while the buildings have been renovated, they are still several centuries old, and are known for their rustic red brick masonry and tiled roofs. John Abbott has also earned a reputation for being one of the most beautiful campuses in the public education system; thanks in part to its rolling green lawns, verdant trees and foliage, quaint, semi-rural ambiance, and idiosyncratic architecture. It is also important to note that, with the exception of Brittain Hall, the ten buildings that constitute the campus are interconnected in some measure.

The Continuing Education centre of the college is housed by Brittain Hall, and was erected in honor of the former Vice Principal of MacDonald College; Dr. W.H. Brittain. Moreover, severe incendiary damage of the property in 1981 has forced the college to close-off most of Brittain Hall to this day, and Brittain Hall also served as residence for men until 1981.

As for the Casgrain Centre, it is the home of art and theatre studios of the college, as well as its sporting complex. The Centre was named after a prominent women’s suffrage advocate and Canadian senator named Therese Casgrain, and also includes a student lounge, Tim Hortons restaurant, and multi-use area for movie screenings, trade shows, exhibitions, and musical performances, known as the Student Agora.

The other buildings and centres that constitute John Abbott College include the Penfield, Hochelega, Jonas, and Anne-Marie Edward Science Building, as well as Stewart Hall and Stewart East. John Abbott is also known for its vibrant social scene and extracurricular activities. For instance, John Abbott has its own radio station, known as CSKY Radio. The college also has its own newspaper, known as the Bandersnatch, which has been published bi-weekly since 1971.

As for athletics, the college is home to the Islanders and Lady Islanders, who compete in hockey, lacrosse, swimming, football, basketball, lacrosse, volleyball, and several other sports in the Casgrain Sport Centre. In addition, many movies and television shows have shot scenes on the campus; including, but not limited to, Big Wolf on Campus, Punisher: War Zone, Blue Mountain State, The Amazing Race, Bon Cop, Bad Cop, and the Secret. Many notable alumni have also graduated from John Abbott College; including musician Sam Roberts; actor Donovan King; and the Mayor of Winnipeg (Glen Murray).

With dozens of pre-university and career programs to choose from; including arts and sciences, pure and applied sciences, social sciences, engineering, nursing, computer science, dental hygiene, police technology, energy management, business administration, and professional theatre, John Abbott is a learning institute dedicated to expanding the minds and ambitions of its diverse and dedicated study body, all while providing state-of-the-art learning facilities, resources, and tools.

If you would like to learn more about John Abbott College’s history, architecture, and/or programs offered, please visit its official website at https://www.johnabbott.qc.ca/