My home is currently listed on the market, should I put it off market? No. Thanks to today's technology, it is easier than ever to view and obtain a wealth of information on properties currently for sale on the web.…
Read more
User registration is disabled in this demo.

Please enter your username or email address. You will receive a link to create a new password via email.

Who invented the Candy Cane? 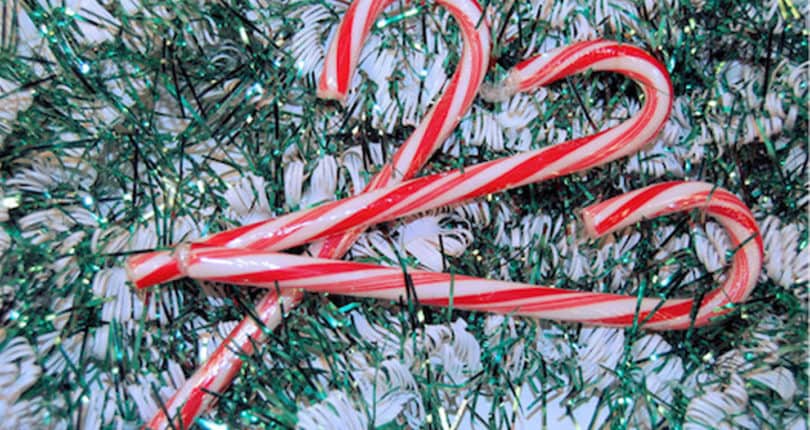 Similar to last year, I figured tis’ the season to blog about Christmas! But, before I dive into this year’s blog, we at Team Sold in the West would like to extend to all our clients, and readers, a safe and fun filled Holiday season. Now without further a-due… let’s learn about Candy Canes!

As a former Anthropology and Archaeology Major, I enjoy reflecting on the simple things in life, and I find it extremely interesting to discuss and ponder the more mundane of human ritualistic behaviour. I often find the associations we attach to objects and symbols is an important part of what makes us human. Ask a die hard Habs fan for example, if our team’s insignia is nothing more than a Red C – H and be prepared for a backlash. It’s not so much what the logo is composed of, but rather it it was the symbol represents. I find that these associative feelings are especially rich surrounding the holiday season. Just think about it; Christmas Tree, Wreath, Star atop the tree, Stockings, Tinsel, Eggnog, and the subject of this blog – Candy Canes. Out of season these objects are mere “objects”. On a side note I invite you all to read my previous Christmas blog regarding the “History of Eggnog”, once you’ve finished this one. If nothing else, it will give you a great conversation piece when you find yourself sitting around with family this holiday season.

In actuality, hard sugar sticks have been present in history for centuries. They were often common as confectionary for hundreds of years. It is the unique J bend and the addition of Peppermint and Red and/or Green stripping however which gives the Candy Cane it’s definitive features. As folklore goes, it was a choirmaster during the 17th Century in Cologne that was the first to bend the J into the candy stick. He is said to have bent the stick in the shape of a Shepard’s Crook to represent the birth of Jesus. The J-like Candy was then passed out to the children of his congregation to keep them quiet and busy during the long winded Christmas Eve Mass.

In North America, the first mention of the Candy Cane being present is recorded in Wooster Ohio, in 1847, when a German immigrant named August Imgard used the Candy Canes to decorate his Christmas tree. One can thus deduct that decorating a Christmas tree with Candy Canes was the norm in Germany for many years before this date of reference.

The stripes on the cane where the last features to be added. The originator of the stripes is unknown, although there has been mention that the stripes are a symbolic representation of Christianity and the blood of Christ… but that’s not here nor there and has no evidence to sustain this claim. What we know forsure is that prior to 1900, candy canes represented on Holiday Greeting Cards had always been represented in plain white. After 1900, illustrations of the candy canes on Christmas cards where striped. Two decades later a man in Georgia, USA, named Bob McCormack is said to have been making canes for his family and friends around the holidays. Apparently they became so popular that Bob opened his own business, called Bob’s Candies. His brother in law, Gregory Keller, a Catholic priest invented a machine that bent Candy automatically, he called it the Keller Machine. The automation of the process was born and created a boom in production. It is astonishing at which the level of Candy Canes grew in popularity. They are a delicious treat that has become synonymous with Good Old Kris Kringle. As for Mr. McCormack, his shop Bob’s Candies was recently bought in 2005 by Farley and Sathers, who still produce the Candy Canes to this day.

Thank you for reading, and best wishes this holiday season!

Seeing as Valentine's day is on Friday we at Sold in the West thought it would be nice to give all...

The History behind Delicious Holiday Eggnog

There are few things that get me more excited about the holidays than Eggnog.... There I said it....